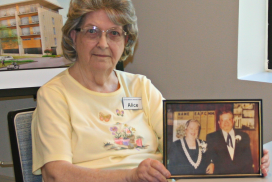 Alice, age 81, and her husband, Richard, enjoyed many Masonic events. His Masonic membership allowed them to move to Texas Masonic Retirement Center as his health deteriorated and their financial situation worsened.

"I thank God and Texas Masonic Retirement Center for helping me. Now I have a place to live for the rest of my life.”

In 1958. Alice, 18, and Richard, 19, fell in love while helping customers at Leonard’s Department Store in downtown Fort Worth, Texas.

In 2019, the couple celebrated a milestone 60-year wedding anniversary.

“We went to cross-town rival schools,” said Alice. “At homecoming, our teams played against one another. I sat on his side of the football field, wearing his team’s homecoming mum. I had to love him to do that!” she remembers.

Over the years, Richard built a long and steady work history in warehousing. “He started with an auto dealership and then moved to the City of Fort Worth – Traffic Control. He retired from Johnson & Johnson in North Richland Hills. Richard’s last job was at the front desk in the main office as a night watchman. He was always a good provider for his family,” said Alice.

Richard was a lifelong Mason. Alice’s father, also a committed Mason, encouraged him to get involved. In later years, the couple’s son also joined the fraternity. At one point, the men represented three generations of Masonic service in Stockyards Lodge #1244.

With three children, Alice was a full-time mother until all were in their early teens. “Then I went to work with the State of Texas – Education Center. For twenty years, I coordinated sending, repairing, and evaluating films, and later videos, for schools all over the state.”

In the early 2000’s, the couple retired and immediately volunteered with a special church outreach program. Their ministry took them to multiple states, with visits to more than 80 churches over the next ten years. In addition, the couple cared for her mother, who lived with the family for three decades. 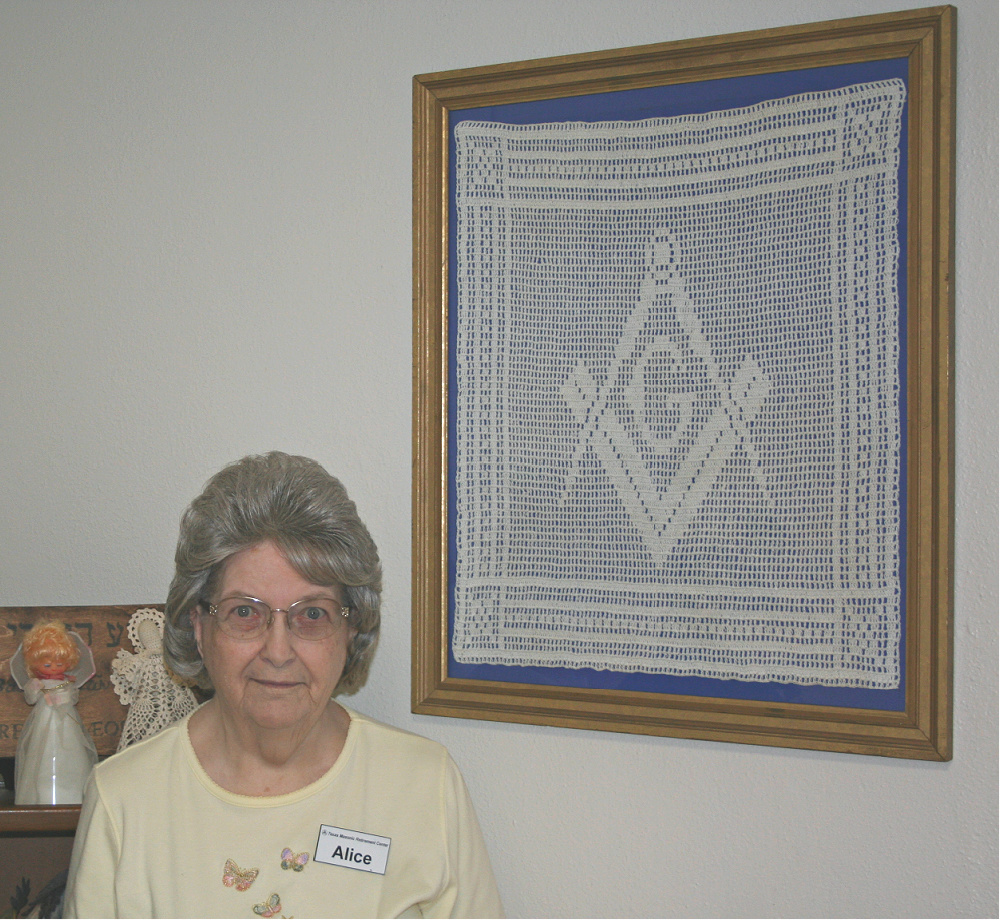 A stitch work square and compass was key to the couple’s much-needed move to Texas Masonic Retirement Center.

"Every year the rent went up. But, our money didn’t go up.”

As the years passed, Richard and Alice downsized, eventually living in an apartment in Haltom City. “We were getting close to 80-years-old. Every time our lease was up, the rent went up. But, our money didn’t go up,” said Alice. “And, Richard had diabetes, kidney failure, heart problems, and other serious health issues.”

A home health therapist noticed a framed Masonic square and compass stitchwork hanging in their living room. “With the problems you’re having, why don’t you check out Texas Masonic Retirement Center?” she suggested. Within three weeks the couple moved into their apartment at TMRC.

On Christmas Day 2018, a few months after their move to TMRC, Richard grew dizzy and stumbled forward. Alice stepped up to help him balance. Richard fell toward her—knocking her to the ground and slamming her head against a brick step. With a severe head injury, Alice lay in a coma for four days followed by four months in TMRC’s Nursing Care Area.

Although Alice recovered from her injury, Richard’s health continued to deteriorate. He passed away in April 2019.

“I thank God and Texas Masonic Retirement Center for helping me,” said Alice. “Now I have a place to live for the rest of my life.”

Want to make a donation to the No Mason Left Behind Project? You can use our secure online donation service or print out and mail in a donation form. We look forward to recognizing your kindness and benevolence. Check out our list of awards and more recognition. 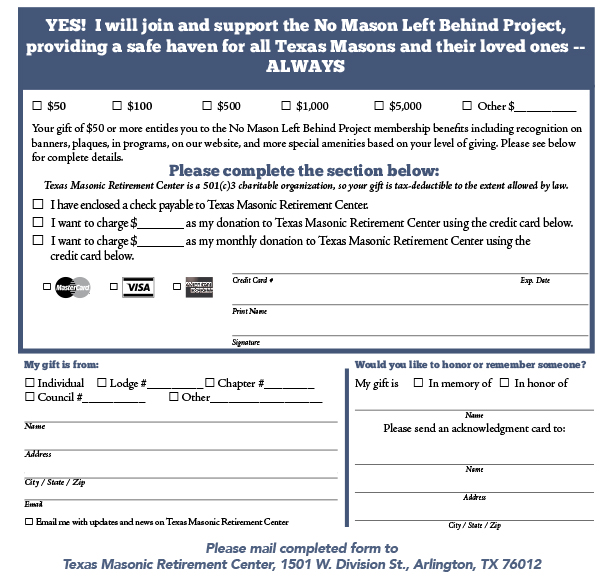 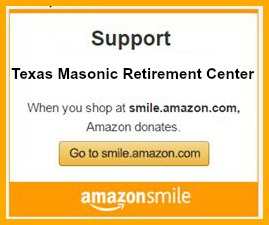 Purchase items on Amazon.com and a portion of your purchase can be donated to Texas Masonic Retirement. Sign up for the Amazon Smile program and help our residents.